My mixed-media works on paper explore identity, desire, female sexuality, and human connection. I am interested in the obsession with and control of the female body across cultures and the duality we have to maintain between being “sexy” yet “virtuous.” I explore these themes through a playful, irreverent visual language.

In my work, the choli is a stand-in for me and the female body. I collage and cut out portions of my garments and incorporate them into my work. I cut Bengali matrimonial advertisements into objects, alluding to the commoditization of marriage and the control of sexuality. I reference the internet and texting, tools that have revolutionized love, allowing forbidden connections. I include sliced photographs, highlighting the relationship between painting, photography, and memory.

In these works on paper, I start directly showing the nude figure, sometimes partially covered or veiled with sari fabric. The sari can be used as a veil to cover the face and symbolizes woman’s virtue in Hindu mythology. I cut designs into the sari fabric, a reference to the latticed walls in the women’s chamber (the Hawa Mahal) in Moghul palaces. These perforated walls allowed royal women to observe the world outside while still observing purdah.

I use reds and pinks as a feminist allusion to fertility and passion, reclaiming feminine power and defying controls on love and women (such as Saudi Arabia’s ban on the color red in February 2009).

The veiled men are inspired by Begum Rokeya's early feminist short story, "Sultana's Dream" (1905), in which women rule the world and men are veiled and kept in seclusion. 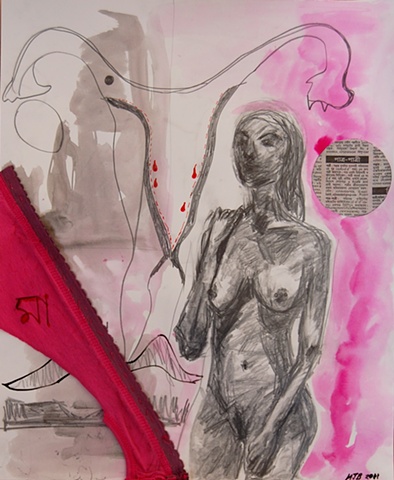 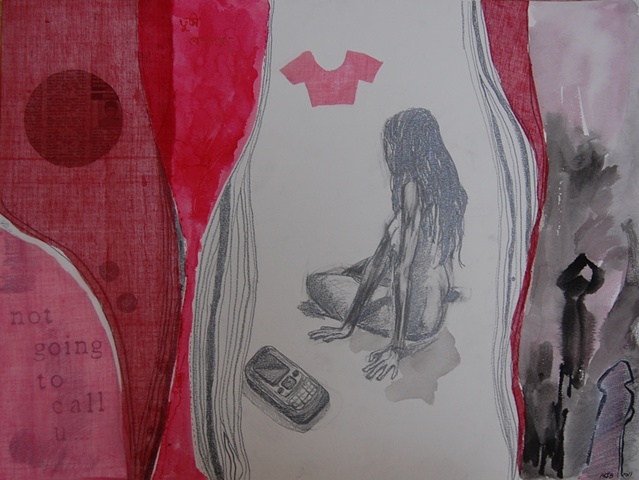 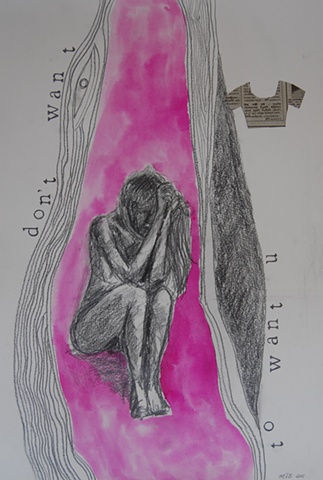 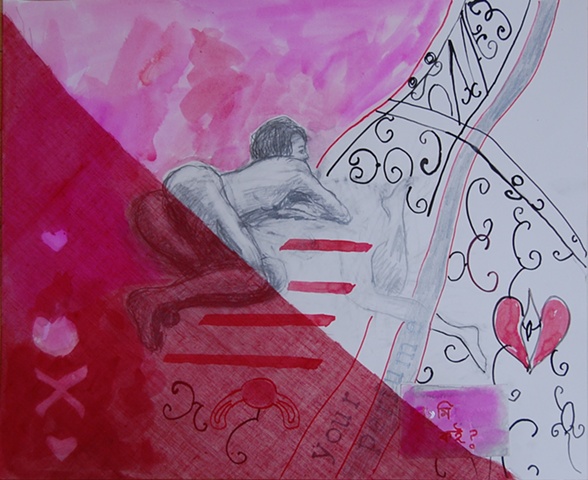 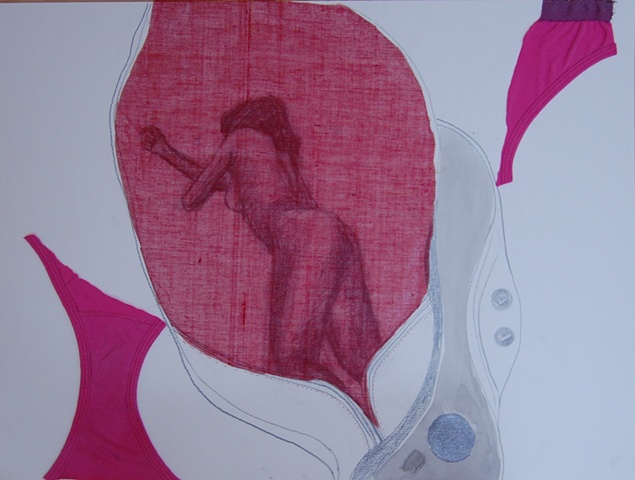 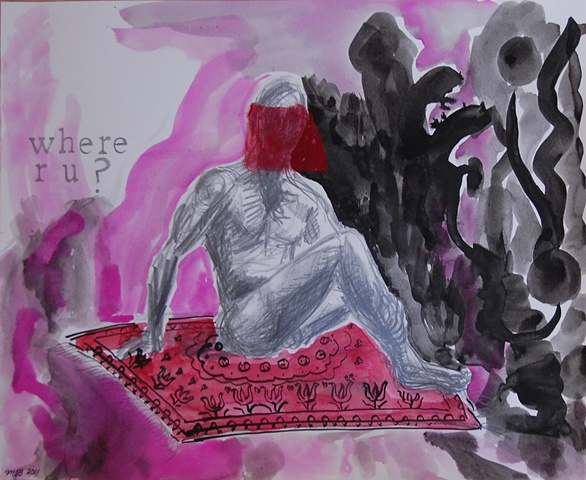 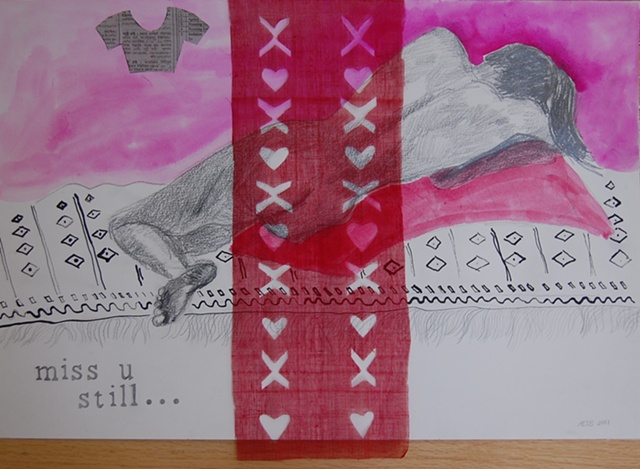 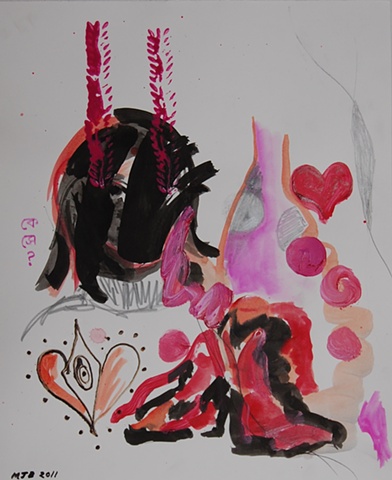 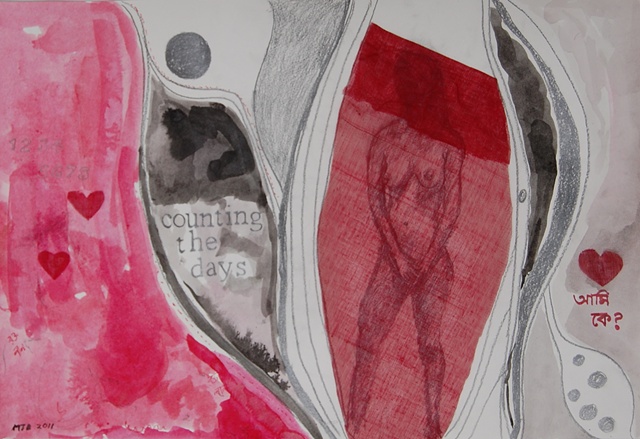 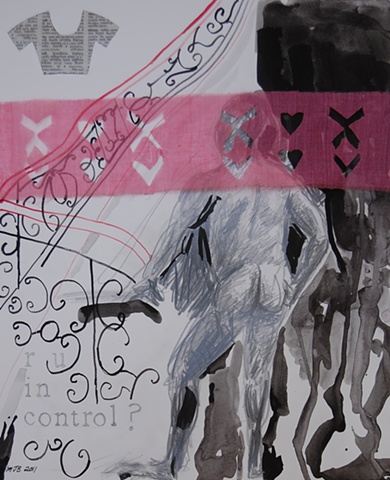 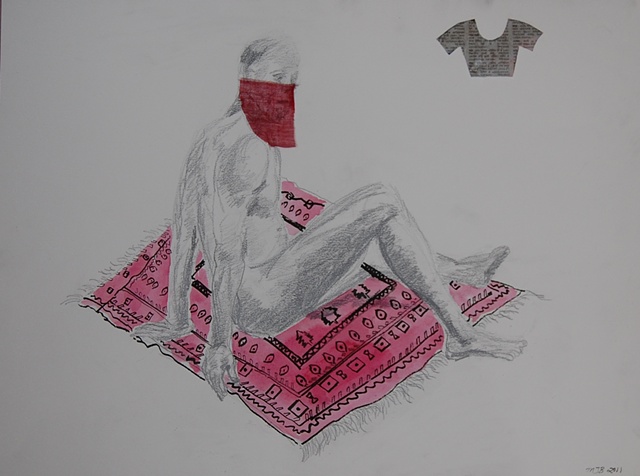 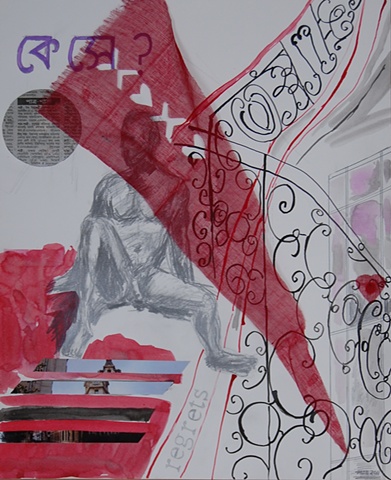 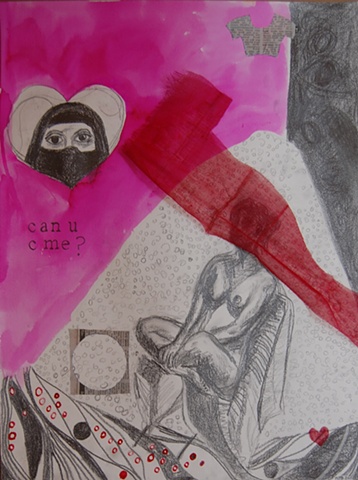 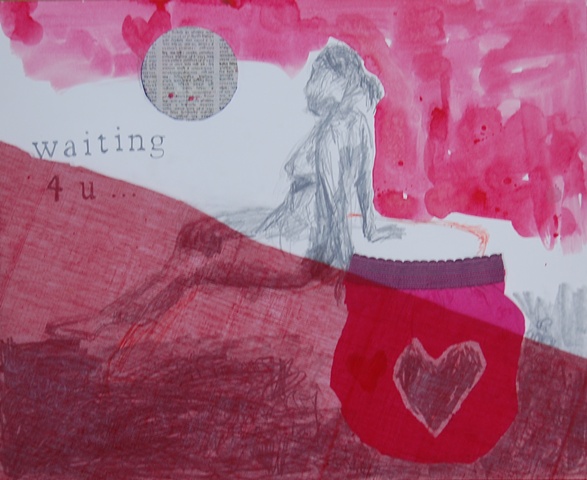 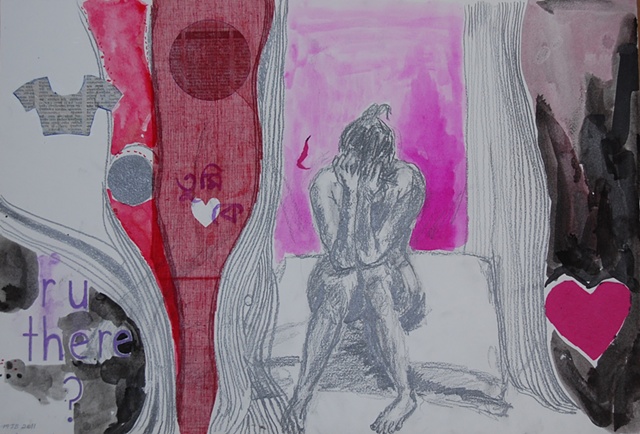