These images are from Floating/Drowning, a climate art action, which took place on December 2 and 3, 2016 in Miami Beach (Satellite Art Show) and downtown Miami (Superfine! Art Fair). Camera: Ben Droz. The photos are signed on the back by Monica Jahan Bose. Each 16 x 24 inch photo is a limited edition of 10.

Floating/Drowning, a performance art action by Monica Jahan Bose, is a collective response to climate change. Bose collaborates with women from her ancestral village in Bangladesh as well as residents of Miami to create a transborder physical and emotional link between coastal peoples. We are facing catastrophic changes to our planet from climate change. The performance triggers individual and community action on climate change, regardless of federal support. Saris with writing from Bangladesh and Miami are used to establish a people to people agreement on climate, which moves from the fair to the streets to the rising sea and the bay. 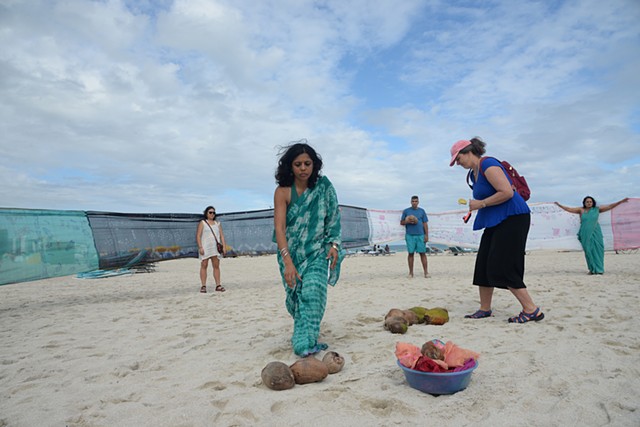 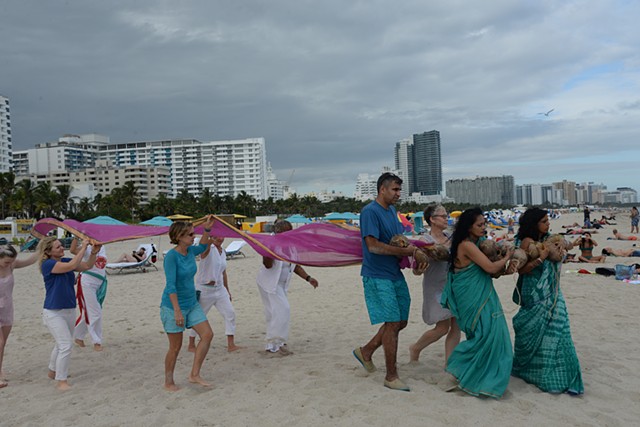 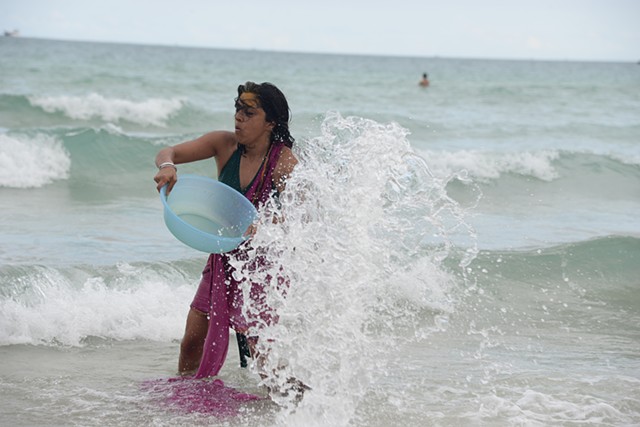 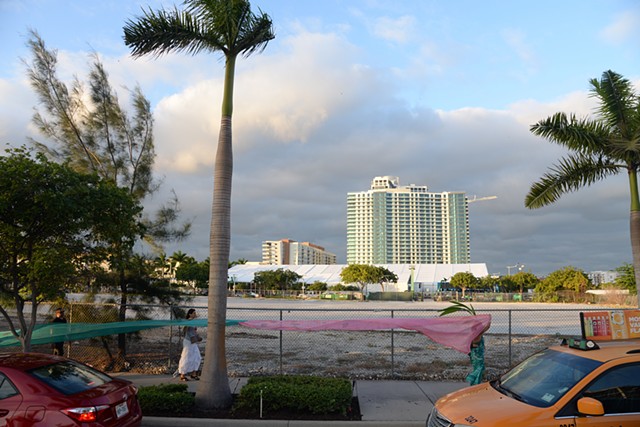 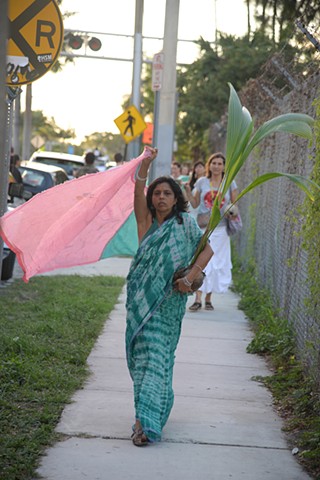 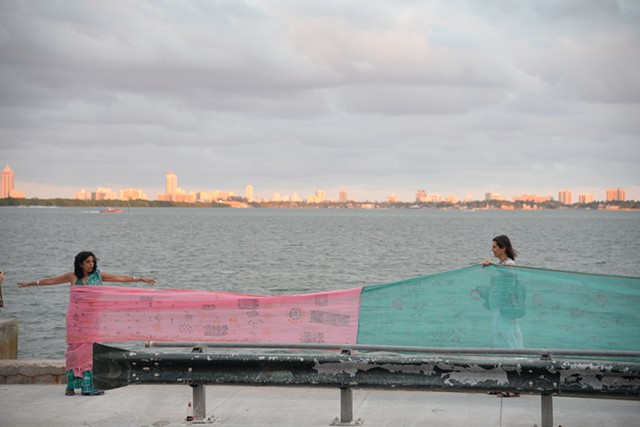